Students will understand that the United States struggled to manage the influx of Cubans in 1980, revealing the limits of the U.S. asylum system.

During and after World War II, the United States embarked on a new era of humanitarian leadership by formally welcoming hundreds of thousands of European migrants as refugees. Although the United States designed a system to handle people applying for protective status in advance of traveling to the United States, it was less equipped to absorb a sudden influx of people seeking protection upon arrival at U.S. borders, known as asylum seekers rather than refugees under U.S. law.

U.S. refugee and asylum admissions were largely influenced by Cold War interests in the second half of the twentieth century. After Cuba became the first communist-led country in the Western Hemisphere in 1959, the United States focused on how to minimize the threat of a new Soviet ally only 90 miles away from U.S. shores. After cutting diplomatic ties with Cuba in 1961, it sought to protect Cubans—many of whom experienced political repression and human rights abuses—who migrated to the United States as refugees or asylum seekers. When Castro briefly opened up Cuba for emigration in 1965, thousands of boats made unauthorized trips to Florida where many Cuban migrants received protections but overwhelmed the U.S. asylum system. As a result, the United States established a refugee program for Cubans, flying approximately three hundred thousand Cuban refugees between 1965 to 1973 to the United States where they were offered a path to legal residence. The protection of Cuban migrants provided a stark contrast to the treatment of thousands of Haitians arriving in Florida by boat, who fled repression and human rights abuses in noncommunist Haiti in the 1970s but were denied asylum, detained, and deported.

Preferential treatment toward Cuban migrants instigated a debate about U.S. immigration policy leading up to 1980. To many Americans who were struggling with growing inflation and the 1979 oil crisis, the protection of Cuban migrants sowed resentment and fears that migrants would displace American workers. Some policymakers, citing the millions of dollars spent on the Cuban refugee program, argued that investing in protections for Cubans put a burden on the U.S. economy and encouraged even more migrants to come. However, critics countered that inclusive immigration policies provided a much-needed boost to the economy by bolstering the labor force. Furthermore, as Cold War tensions persisted, many argued that protections for Cubans amplified U.S. ideological opposition to communism. Although some policymakers believed that welcoming Cuban migrants enhanced U.S. humanitarian leadership, others cautioned that U.S. favoritism toward Cubans was discriminatory toward migrants from noncommunist countries seeking refuge and could damage U.S. credibility. Meanwhile, a worsening economic situation in Cuba—exacerbated by a continued U.S. embargo—left many Cubans eager for an opportunity to immigrate to the United States.

After a coordinated effort by Cubans desperate to flee communist-led Cuba, President Fidel Castro has opened emigration from the port of Mariel for an undetermined period of time after years of a closed emigration policy. The announcement has caused a mass exodus from the island that is expected to bring as many as 125,000 Cubans to U.S. shores over the coming months. However, the United States has yet to develop a policy to address the large number of Cubans arriving in such a short period of time, and the increase in migration is threatening to expose a weak asylum system. President Jimmy Carter has convened the National Security Council to decide if and how the United States should provide protection to these Cuban migrants. At this time, the United States will not negotiate with Cuba to manage the migration influx and will continue to diplomatically isolate Cuba in response to its communist leadership. NSC members should consider whether the United States should pursue a more inclusive or restrictive policy to unilaterally address the influx of arrivals, taking into account its effect on public opinion, U.S. foreign policy agenda, the asylum system, and the current economic recession. 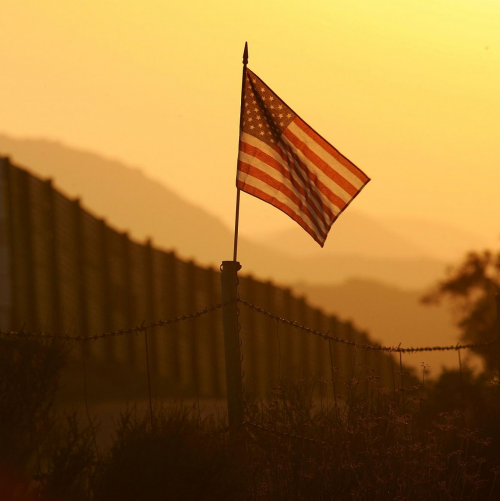