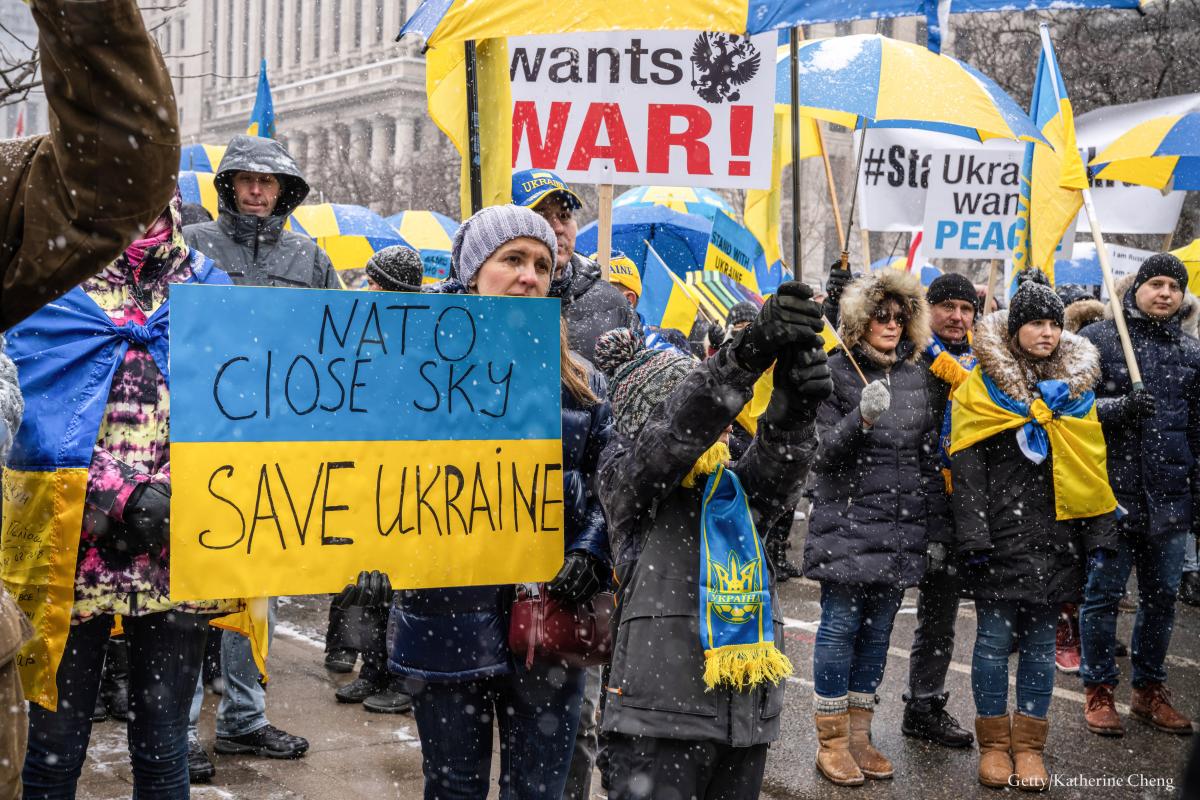 Russia’s invasion of Ukraine is the biggest test to European stability and, more broadly, of the liberal world order since World War II. The war has the potential to widen to Ukraine’s neighbors, many of whom are members of the North Atlantic Treaty Organization (NATO) alliance. NATO members have so far avoided direct military involvement in the war, choosing to limit themselves to sending military and economic aid to Ukraine, providing intelligence, and supporting refugees.  Yet as the conflict continues, calls for NATO to intervene directly are likely to grow. The United States will have to weigh whether and, if so, how to become more directly involved in the war.

Students will understand that military intervention, especially against a nuclear-armed country such as Russia, carries huge risk, but so, too, does the decision not to intervene directly.

Russian President Vladimir Putin’s invasion of Ukraine has killed thousands and driven more than three million Ukrainians to leave their homes. Ukrainian forces have mounted a stiffer defense than analysts predicted, but observers fear this may not last. Paradoxically, the longer Ukrainian forces frustrate Putin’s offensive, the greater the chance that he will escalate to indiscriminate attacks on civilian centers or even use weapons of mass destruction to achieve victory. As the war continues, it could spill over or lead Putin to expand his ambitions into neighboring countries—many of which are members of the North Atlantic Treaty Organization (NATO), an alliance of thirty North American and European democracies who have committed to mutual defense in the event of an attack against any member. A Russian attack against a member state could well precipitate a broader war between NATO and Russia—a conflict that could cause widespread destruction, have worldwide ripple effects, and risk escalation to the nuclear level—with potentially catastrophic results.

The United States and NATO have an urgent interest in assisting Ukraine and defeating Russian aggression. So far, the U.S. and NATO response has avoided direct military involvement, instead focusing on imposing crippling economic sanctions on Russia, supplying Ukraine with economic and military support, and reinforcing NATO’s eastern flank. This strategy could increase the price of Putin’s invasion to the point where he would consider negotiating a ceasefire without, policymakers hope, provoking Russian retaliation. As the war grows deadlier, however, calls for more direct intervention have grown. Many observers doubt arms transfers are sufficient to turn the tide in Ukraine. Others—especially in the Baltic countries on NATO’s eastern flank—also fear that escalation is likely, if not from an inadvertent spillover from Ukraine, then from Putin turning his aggression on other former Soviet satellites.

Two principal options for a direct intervention exist. The first is to commit to the full-scale defense of Ukraine by deploying ground troops and air and naval forces to help defend the country. Yet this would likely trigger the very war with Russia that NATO hoped to avoid. The second option is to support Ukraine by establishing a no-fly zone over some or all of Ukraine’s airspace. The goal would be to prevent Russian airstrikes and to attack Russian armor and ground forces inside Ukraine. However, NATO air forces would need to enforce a no-fly zone by directly targeting Russian planes and air defense systems, many of which are hundreds of miles inside Russian territory. Therefore, even this limited option would likely amount to a NATO war with Russia. So far, NATO countries have taken any form of direct military response off the table. But should war in Ukraine drag on or escalate, policymakers may face rising political pressure to consider how they can further assist Ukraine, while minimizing the risks of triggering a wider war.

As Putin’s offensive in Ukraine continues, onlookers in the United States and Europe are growing increasingly concerned that Russian forces could step up indiscriminate bombardments or resort to using weapons of mass destruction to achieve victory. Compounding these concerns are fears that the conflict could spill over into a neighboring NATO country, possibly triggering a broader war among nuclear-armed powers. With the war in Ukraine showing no sign of letting up, the president has convened the National Security Council (NSC) to discuss how the United States and its NATO allies should respond. NSC members will need to carefully consider how to aid to Ukraine while safeguarding against a dangerous escalation. 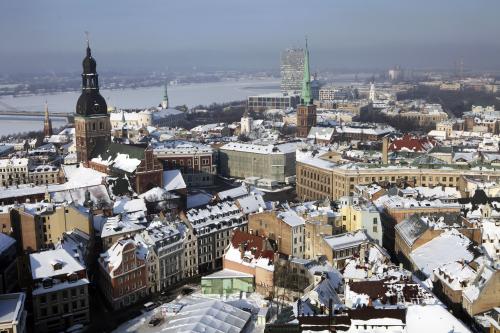 Set in July 2016. Following Russia’s annexation of the Ukrainian peninsula of Crimea, a North Atlantic Treaty Organization summit approaches as the Baltic states face a greater threat from Russia.