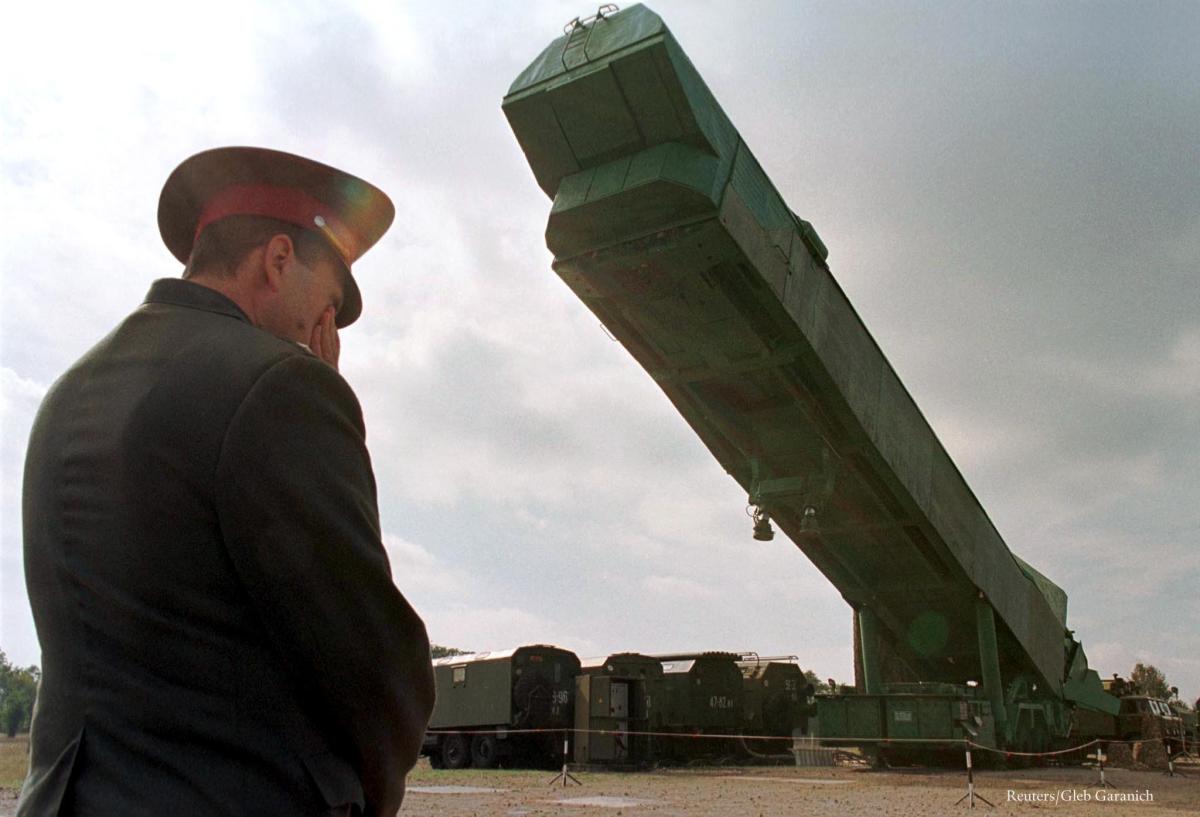 Students will understand that the breakup of the nuclear-armed Soviet Union posed new challenges to European Security and efforts to limit nuclear proliferation.

Students will understand that Ukraine’s security concerns about Russia began almost as soon as the country exited the Soviet Union.

In December 1991, Ukraine declared its independence, paving the way for the Soviet Union’s complete dissolution weeks later. As the fifteen countries that had once comprised the Soviet Union plunged into economic and political turmoil, a new challenge emerged. The Soviet Union’s nuclear arsenal, comprising some 35,000 weapons, was now spread across four countries: Belarus, Kazakhstan, Russia, and Ukraine. Ukraine, in particular, found itself in possession of the world’s third-largest stock of nuclear weapons.

Russia, the most powerful of the former Soviet states, advocated for the other countries to transfer their arsenals to it. Belarus and Kazakhstan quickly did so, but Ukraine hesitated. Kyiv wanted to emerge on equal footing with Moscow in the post-Soviet world. But Ukraine also feared for its security; Russia had dominated Ukraine for centuries. Already, Ukraine faced pressure to cede the Crimean Peninsula back to Russia, and debates over how to divide the former Soviet Black Sea Fleet were growing contentious. Facing the looming threat of reconquest, Kyiv was reluctant to give up its strongest deterrent without another way of guaranteeing its safety.

The idea of adding a new nuclear state, especially such an unstable one, sparked intense concern in the West. For the moment, Ukraine could not actually use its nuclear weapons—Russia still held the launch codes needed to operate them. Still, analysts in Washington feared that Ukraine could gain control in a matter of months. In the meantime, Ukraine’s weapons were vulnerable to being stolen or sold. Even if they remained in Ukraine, a mishandled weapon or accidental launch could have disastrous consequences. The United States therefore determined that disarming Ukraine was a national security priority.

U.S. policymakers sought to convince Ukraine that its best chance for security lay in building closer ties with the West, but emphasized that it could not do so as long as it possessed nuclear weapons. Facing the choice between disarmament and total isolation, Ukrainian leaders signaled their willingness to disarm in exchange for a Russian promise to respect Ukrainian sovereignty, and a strong guarantee of Ukrainian security from the United States. Preventing nuclear proliferation was Washington’s top priority, but the security guarantee Kyiv wanted was risky. It could deter Russian aggression, but if it failed and Russia attacked anyway, the United States could find itself in a conflict with a fellow nuclear power. Improving security in Europe now could increase the risk of conflict later. Wary of these risks, many in the Clinton administration questioned whether assurances—which stopped short of a binding guarantee—could be offered instead, so that in the event of a Russian attack the United States would have the flexibility to respond with sanctions or military aid instead of armed force. Some policymakers worried, however, that offering mere assurances—rather than the guarantee Ukraine wanted—would be insufficient to convince the country to disarm. Meanwhile, negotiations between Ukraine and Russia dragged on, and the threat grew that Ukraine would just walk away and keep its nuclear weapons. The Clinton administration had to decide whether and how it would help secure Ukraine’s nuclear disarmament.

The latest round of bilateral negotiations between Russia and Ukraine over the future of Ukraine’s nuclear arsenal has broken down. Facing the prospect of further delay or, worse yet, a complete failure of the talks, President Clinton has called a meeting of his National Security Council (NSC) to discuss whether and how the United States should enter negotiations. NSC members need to consider how to convince Ukraine to relinquish its arsenal, how to address Ukrainian security concerns, and what level of commitment the United States is willing to provide to limit nuclear proliferation and bolster stability in post-Cold War Europe. 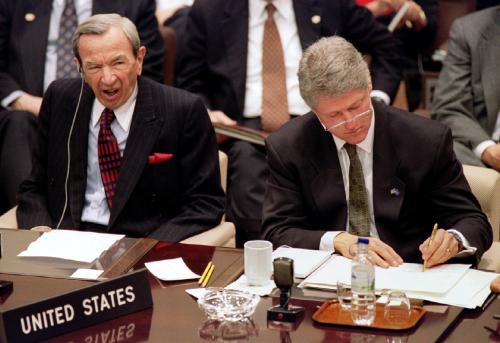 Set in December 1993. Following the collapse of the former Soviet Union, many former Soviet states in Central and Eastern Europe express interest in joining the North Atlantic Treaty Organization.