First, cover the fundamentals of this foreign policy tool with World101's lesson, What Is Trade Policy? Then, put these principles into practice with Model Diplomacy's hypothetical decision point below.

Over the past decade, Denburg and its neighbor Fredonia have both undergone economic transformations. Fueled by the region’s natural resource wealth, both countries have become prominent suppliers of raw materials such as aluminum to the United States and ramped up purchases of U.S. industrial machinery to support their growth. However, relations between Denburg and Fredonia are far from harmonious. Denburg has had frequent diplomatic clashes with Fredonia over territorial disputes and has harshly rebuked U.S. criticisms of its repressive and undemocratic leadership. Fredonia, on the other hand, is developing a close partnership with the United States, participating in several U.S. security initiatives in the region. Although both countries continue to grow economically, their rivalry represents a threat to regional stability. Because of the United States’ burgeoning economic ties with both countries, the president has convened the National Security Council (NSC) to discuss how best to manage trade in the region, both to support the U.S. economy and to promote stability in the region. 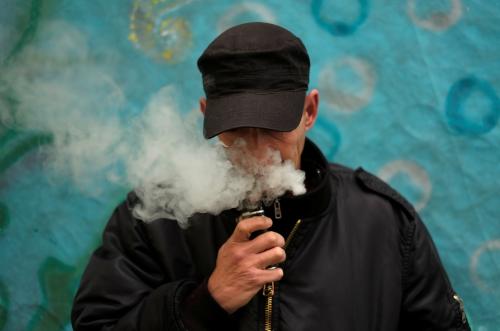 Electronic Cigarette Dispute in the Americas

U.S. trade promotion and global health priorities come into conflict when Guatemala places restrictions on the importation of a new U.S.-made flavored e‑cigarette product that it claims deliberately targets minors.