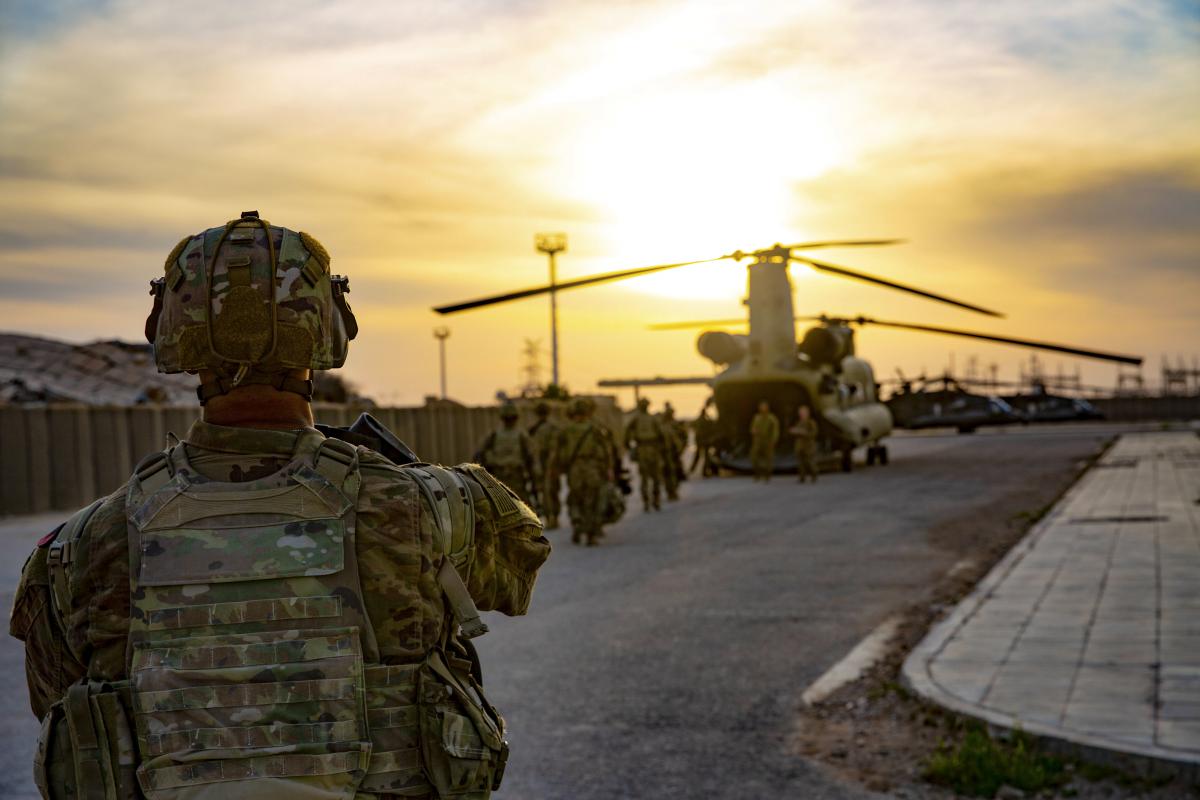 At the start of a new presidential term in 2021, the president grapples with questions about U.S. operations in the Middle East. Should the United States pull troops out of Iraq and end the ongoing campaign to combat the self-proclaimed Islamic State and deter Iranian pressure on Iraq?

Students will understand that a long-term military presence in a country offers both risks and benefits to U.S. interests and public opinion.

In 2014, just three years after the departure of the last remaining U.S. troops from the 2003 Iraq war, a U.S.-led coalition returned to Iraq to combat the self-proclaimed Islamic State. These forces have conducted direct combat operations and airstrikes on Islamic State targets, trained and equipped local security forces, and provided intelligence assistance to Iraqi forces. Although counterterrorism is the primary aim of U.S. troops in Iraq, their presence serves other strategic interests as well. These aims include supporting stability in Iraq and, prominently, countering Iranian influence on Iraqi political factions and the activity of Iran-backed militias, which have targeted U.S. troops and allies in Iraq. President Donald J. Trump has supported withdrawing U.S troops from Iraq and threatened in September 2020 to close the U.S. Embassy in Baghdad over concerns about the safety of U.S. personnel there. As of September 2020, the United States has announced plans to reduce its troop levels from 5200 to 3000, yet the future of U.S. troops in Iraq remains up for debate.

Policymakers examining the U.S. presence in Iraq need to consider counterterrorism concerns and U.S. strategic interests. The U.S.-led coalition has diminished, but not yet extinguished the Islamic State’s power. Withdrawing prematurely could allow the organization to regain its former power to threaten stability in Iraq and launch deadly attacks abroad, potentially drawing U.S. troops back into Iraq shortly after withdrawing. Moreover, troops in Iraq send a strong signal of U.S. resolve to deter other adversaries in the region. The departure of U.S. troops could leave a vacuum that Iran-backed militant groups could fill, expanding Iranian influence in Iraq. Even though U.S. troops are stationed elsewhere in the Middle East, withdrawing from Iraq could undermine confidence in Washington’s commitments to other U.S. partners in the region, potentially damaging stability elsewhere in the Middle East.

Yet remaining in Iraq carries risks of its own. Prolonged U.S. involvement in the Middle East is controversial in the United States. With the Islamic State largely defeated, some analysts argue that remaining in Iraq needlessly puts U.S. troops in harm’s way for limited gain. Many Iraqis view the U.S. presence as an affront to Iraqi sovereignty, especially after the January 2020 killing of Major General Qasem Soleimani, a commander in Iran’s Islamic Revolutionary Guard Corps, in Baghdad. Growing antipathy could harm troops’ effectiveness and drive popular alignment with Iranian interests, making U.S. troops a force that contributes to rather than combats instability. Moreover, as terrorist activity intensifies outside the Middle East, such as in West Africa, some analysts have argued that U.S. counterterrorism priorities should shift accordingly. Policymakers determining the future of U.S. troops in Iraq therefore need to consider both U.S. counterterrorism efforts and U.S. strategic interests in the Middle East, while crafting a policy that can garner popular and political support.

A new presidential term has started, and the president has called a meeting of the National Security Council (NSC) to reassess U.S. military posture in the Middle East. In particular, the NSC will need to decide the future of U.S. troops currently stationed in Iraq. Policymakers should consider shifting counterterrorism priorities, ongoing U.S. strategic interests in the Middle East, and public debate over maintaining a U.S. military presence abroad, as they determine whether and how the United States should alter its presence in Iraq.

Use the following case to spark discussion and help students to think through what they would do if they were decision-makers. View the Pop-Up Case Guidelines for some inspiration for how to structure your conversation. 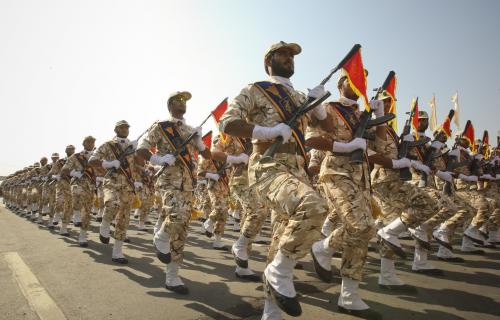 A decades-long tension between the United States and Iran escalates as Iran increases its nuclear capacity.