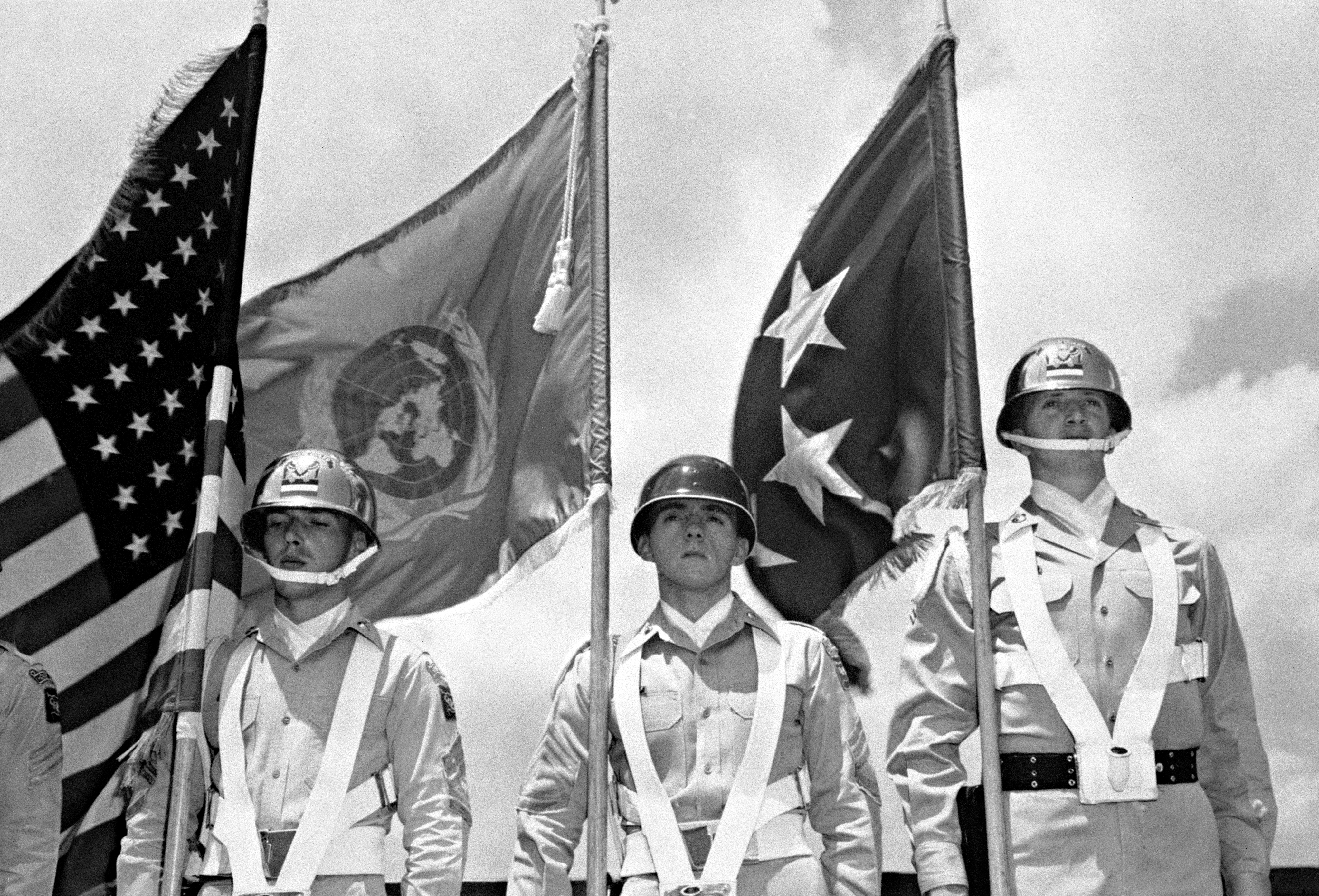 At the conclusion of World War II, Korea—formerly under Japanese control—was divided at the thirty-eighth parallel into a U.S.-occupied south and a Soviet-occupied north. Although the division was meant to be temporary, by 1948 both countries had declared independence. North Korea became a Soviet-supported communist state; South Korea was supported by the United States. Two years later, North Korea invaded South Korea in an attempt to bring the entire peninsula under its control. After several weeks of fighting, U.S. and South Korean forces were defending against North Korea’s southward advance an area called the Pusan perimeter, in the southernmost portion of the peninsula. General Douglas MacArthur, who was commanding U.S. and allied forces as part of a UN mission, was also making plans for a landing at Inchon, near the South Korean capital of Seoul, in order to surprise North Korean troops and recapture Seoul.

Anticipating the possible success of the Inchon landing, President Truman has convened National Security Council members to advise him on whether to extend the U.S. military intervention north of the thirty-eighth parallel in an attempt to unify the Korean Peninsula. As the dividing lines of the emerging Cold War start to solidify, the United States will have to weigh whether intervention in North Korea is worth a potential  conflict with another great power.