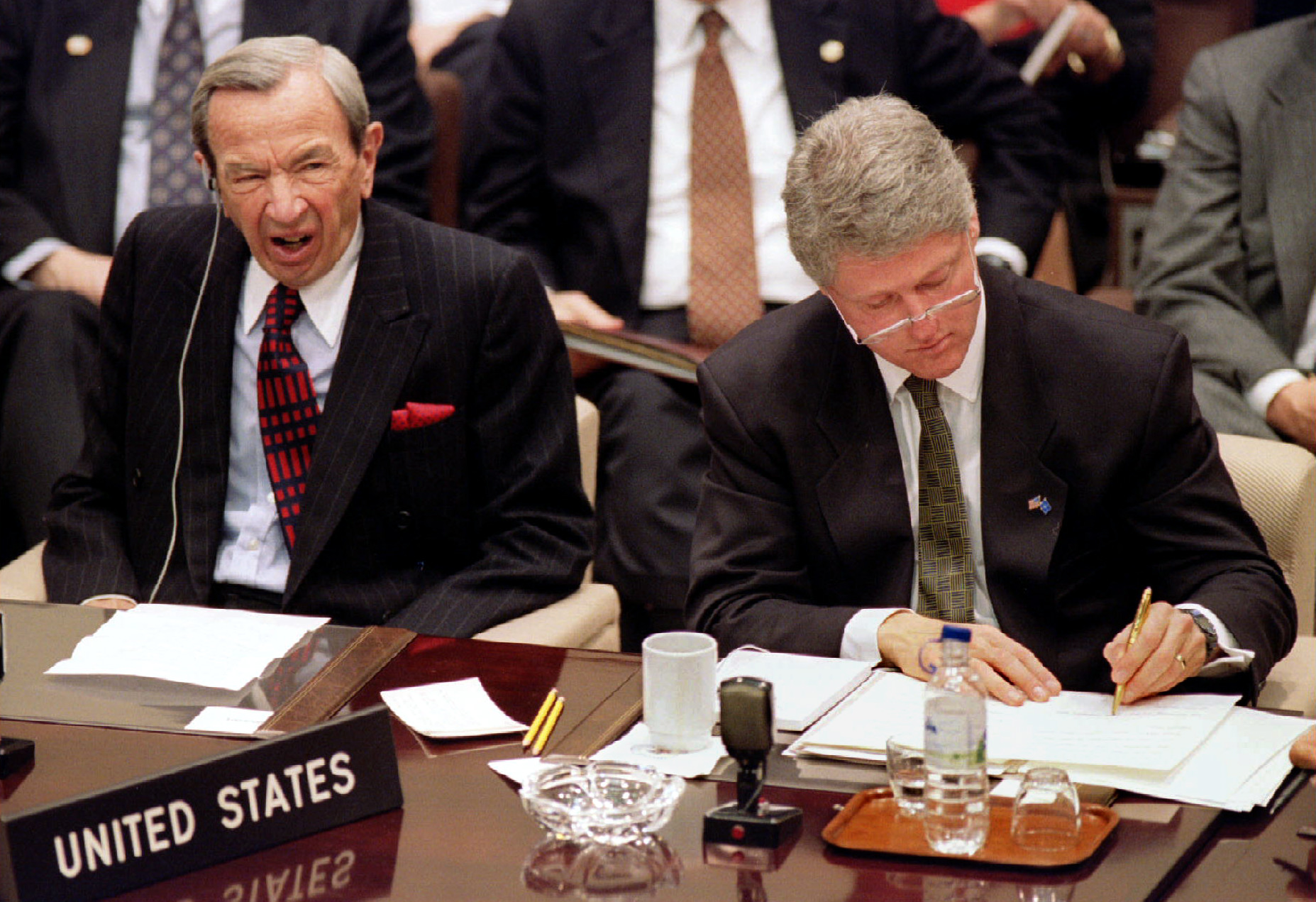 Set in December 1993. Following the collapse of the former Soviet Union, many former Soviet states in Central and Eastern Europe express interest in joining the North Atlantic Treaty Organization.

In the years following the collapse of the Soviet Union in 1991, the role and purpose of NATO increasingly came into question. Some claimed that the organization, formed in 1949 to counter the Soviet Union and its nuclear weapons, was now obsolete. Others argued for a renewed and reinvigorated NATO in a post–Cold War world. Others still fell somewhere in the middle, acknowledging the importance of NATO’s role in European security, but urging caution in dealing with a newly subdued Russia.

The president has called a meeting of the NSC in advance of an important NATO summit in Brussels. He plans to make an announcement detailing his administration’s views on the prospect of NATO enlargement and has convened NSC members to advise him on the matter.