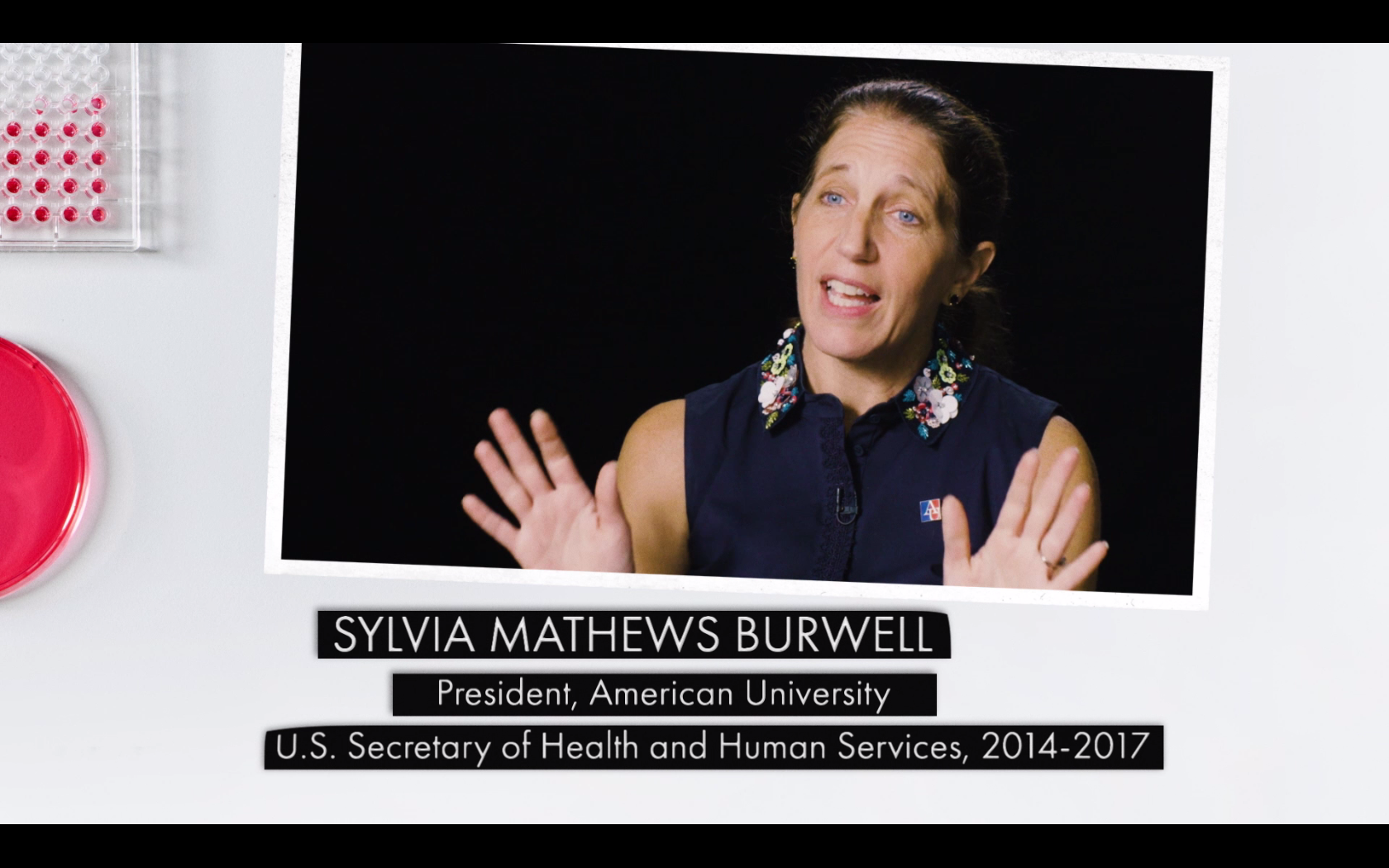 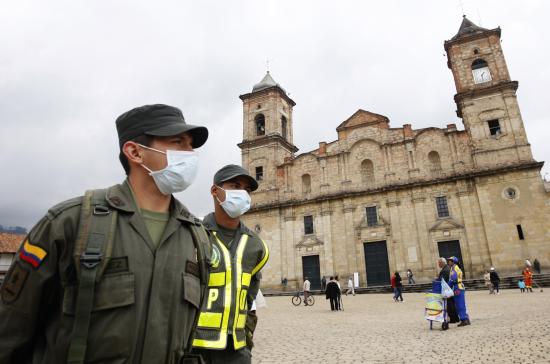 “Infectious diseases know no borders. In this age of global hyper-connectedness, a disease outbreak anywhere is a threat everywhere. With just a sneeze, a hug or a plane ride, a deadly germ can travel from West Africa to North Texas before we even realize the threat exists.” — Liz Schrayer, president, U.S. Global Leadership Coalition

The number of infectious disease outbreaks has been rising for several decades. As populations grow and expand into previously forested areas, more people are contracting zoonotic diseases—infections that can be passed from animals to humans. Given increasing trade and travel to and within lower-income countries, outbreaks of infectious diseases such as Ebola and Zika viruses in remote rural villages are more likely to reach crowded cities with limited health systems, which are the ideal incubator for diseases. Since 2000, a series of epidemics, including severe acute respiratory syndrome (SARS), H1N1, Zika, and Ebola, have taken a significant toll, prompting experts to call for increased investment in global health security—efforts to help prepare countries prevent, detect, and respond to epidemic and potentially pandemic diseases. Despite these calls, progress toward increased pandemic preparedness has been insufficient, a fact painfully underscored by the ongoing coronavirus disease 2019 (COVID-19) pandemic.

U.S. government support for global health security has varied over the past two decades, often increasing in the immediate aftermath of health crisis, but declining again over time. Notably, after an outbreak of Ebola killed eleven thousand and infected twenty-seven thousand in West Africa in 2014, the United States invested $1 billion in building capacity to detect and respond to dangerous disease outbreaks in low-income and weak states. Those investments have helped countries make measurable improvements in their preparedness, but significant gaps and risks remain. The coordination and funding of the U.S. and international response to outbreaks has remained largely ad hoc, which limits its effectiveness. Without a robust, predictable, and well-coordinated international counteraction, an emerging and lethal infectious disease could devastate the country where it emerges, that country’s neighbors, and potentially the world. These risks are compounded in countries without the capacity to respond and control outbreaks, such as fragile or failed states, countries that are mired in civil war, or those experiencing a significant influx of refugees.

Weeks ago, news reports began to trickle out of northern Colombia, near the border with Venezuela, about a disease spreading quickly among farm workers. Dozens of patients have visited rural clinics seeking treatment for intense headaches, muscle pain, and vomiting. Several of the initial patients suffered convulsions, had seizures, and ultimately died. One week ago, physicians in Bogotá, Colombia’s capital, reported a cluster of cases in the city. Officials fear potentially hundreds more cases of the mystery illness, possibly in neighboring countries as well.

The Colombian government has reported the potential outbreak of the mysterious illness to the World Health Organization (WHO) and has begun working with its regional office, the Pan American Health Organization (PAHO), to investigate. WHO officials believe the disease is most likely caused by the Venezuelan equine encephalitis virus (VEEV), which is endemic to Central and South America. VEEV is spread primarily by mosquitoes and historically has a low mortality rate. WHO scientists believe the current outbreak could involve an airborne form of VEEV, which would spread more easily and be much deadlier. No specific treatments have been established. Therefore, the fate of sufferers will likely depend on the quality of supportive care, monitoring, and treatment of complications. No vaccine for VEEV is commercially available, though several candidates have been developed and one has been approved for use in horses.

Outbreaks of infectious disease can be particularly debilitating in politically or economically unstable areas. Although Colombia’s health-care system has significantly improved in recent years, it remains under increasing strain. The reported outbreak is in a region that borders Venezuela, which is in the midst of an economic, political, and humanitarian crisis that has forced millions to flee the country, many to Colombia. As refugees continue to arrive, areas along the border are growing more crowded, increasing the risk of VEEV spreading and straining Colombian health officials’ capacity to monitor and contain the outbreak. Compounding these challenges, the COVID-19 pandemic has devastated Colombia and its neighbors, diminishing the country’s health-care capacity and continuing to spread throughout the region as access to effective vaccines remains limited. Experts are concerned whether Colombia’s health-care system can handle two outbreaks at once, especially since little is known about how VEEV and COVID-19 could interact.

As international concern about VEEV grows, Brazil has announced it will restrict trade and travel with Colombia and has moved to secure its borders, and several other countries are considering doing the same. The president has called a National Security Council (NSC) meeting to discuss a response. Even as many of the details of the outbreak remain unknown at this early stage, NSC members need to assess the risk of the disease spreading beyond Colombia’s borders and possibly into the United States. The president has asked the NSC to advise what, if anything, to tell the U.S. public, and whether and how to restrict travel to the United States. 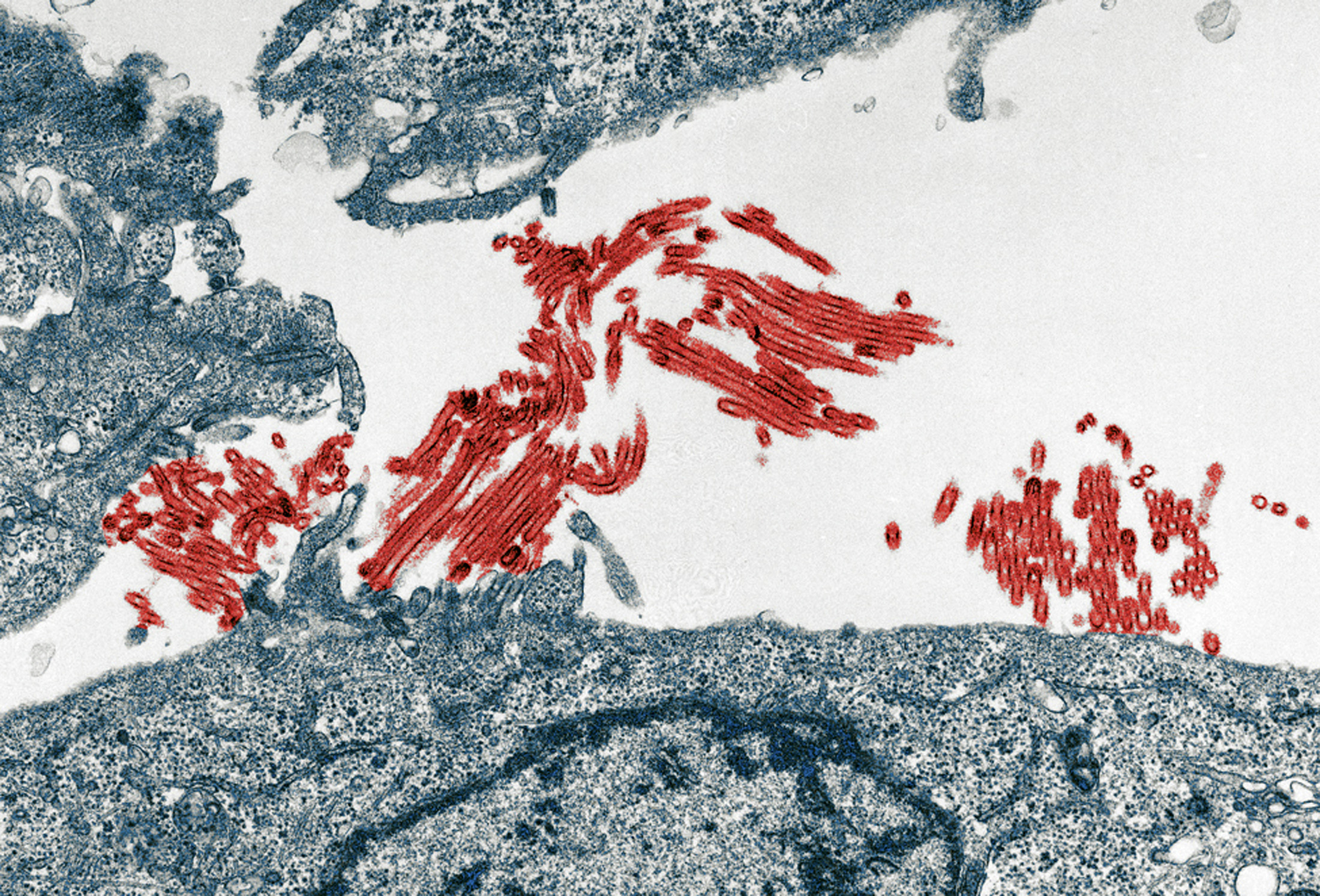 The Next Plague Is Coming. Is America Ready?
Atlantic 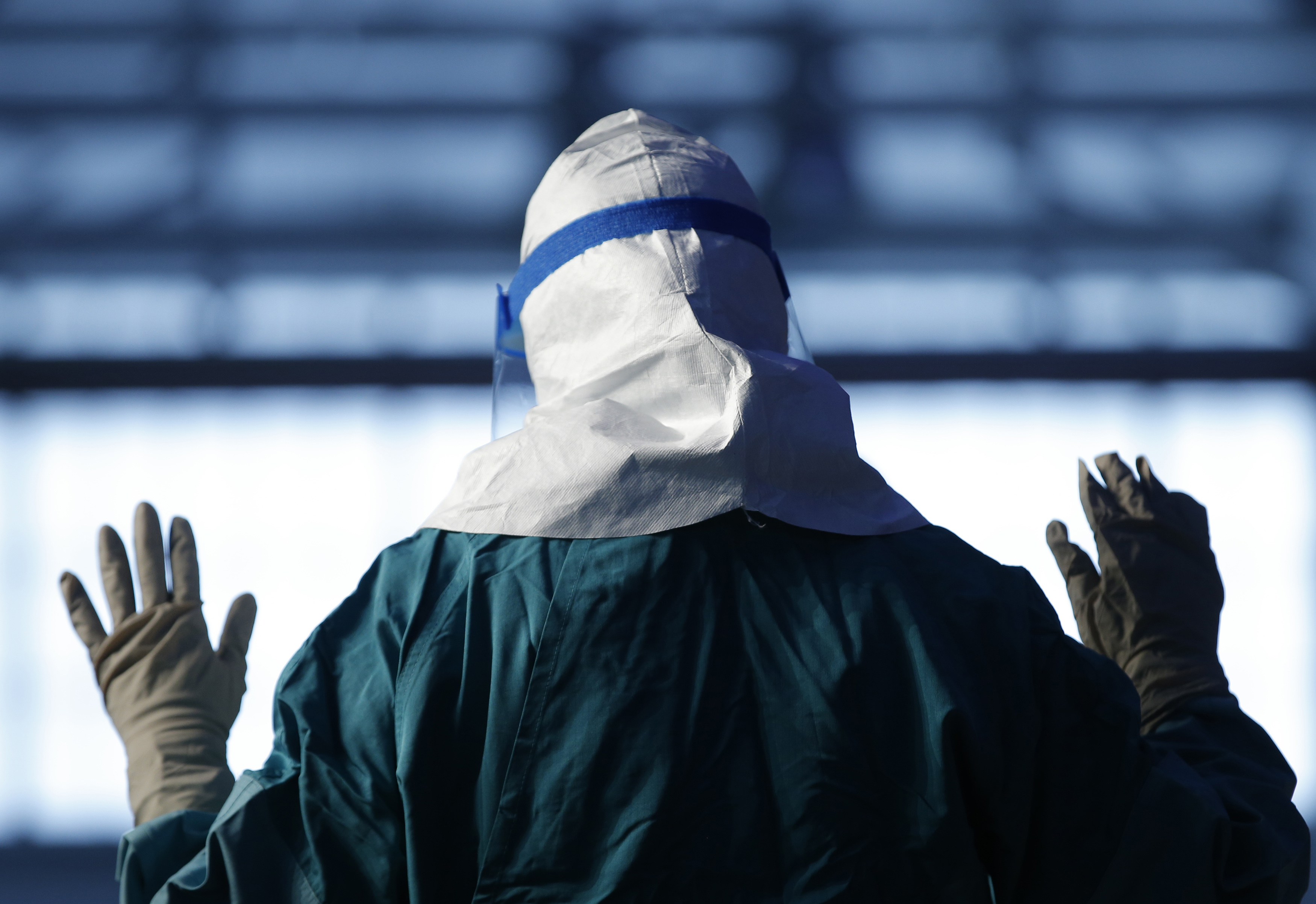 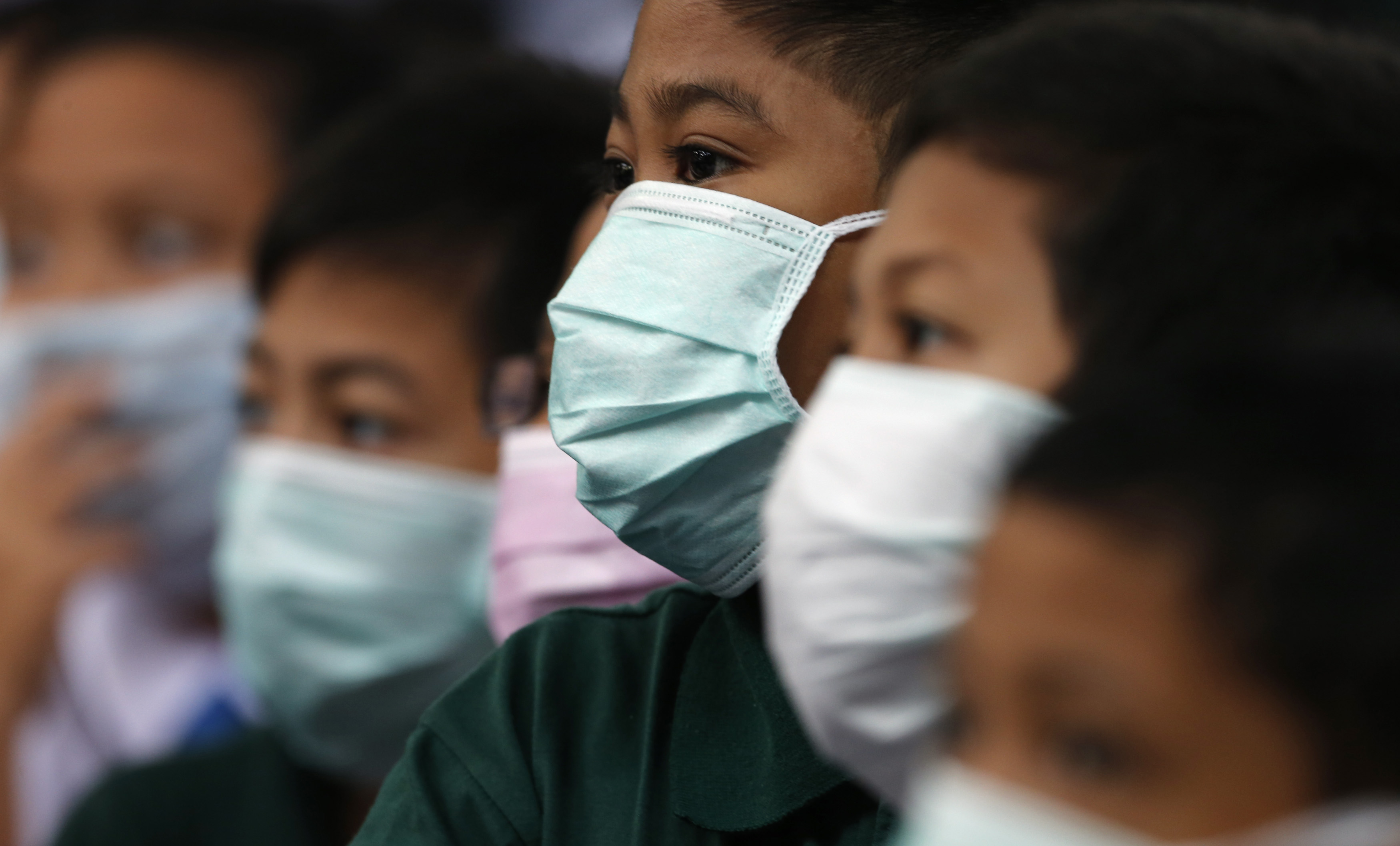 You are currently previewing the Infectious Disease Outbreak in Colombia NSC Basic case.