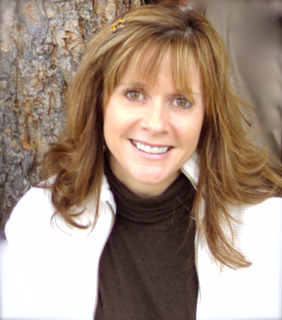 When: The middle of the semester, coinciding with the chapter on the presidency

Why: “I love imparting knowledge and letting kids grow.”

CFR recently interviewed Elizabeth Collins, an Advanced Placement (AP) U.S. Government and Politics teacher at South Florence High School in South Carolina. The interview shares her insights on implementing a case for an AP level class, advice for instructors, and how student’s responded to the simulation.

How did you first hear about Model Diplomacy?

I did a similar simulation with my kids last year but I really had to search for the materials and send students in a lot of different directions. So this year, I went online and Model Diplomacy popped up. I thought “Oh my goodness, this is amazing. I don’t have to dig for every piece of information and instructions.” Everything was outlined, all the way down to how to write a memo.

The Naval ROTC commander at our school worked in the Pentagon and he played the president in the simulation. He liked the North Korea Nuclear Threat case. When I brought it to the kids they said, “Yes, let’s do North Korea!” They were really excited.

What interested you about Model Diplomacy as an AP teacher?

What draws me to this is that AP is very much about application; applying what you’ve learned and thinking on higher levels. Because in AP we do a lot of Socratic seminars and talk about what you know. There’s a lot of metacognition, students have to write and think about their thinking. They also have to present and talk in front of one another and work collaboratively.

We want students to create something and this simulation allowed them to do that. They had to investigate their roles and investigate who sits at that national security table. They have to understand that everybody sitting there has a big ego and thinks their plan is the best. They really dug deep and that is exactly what you want them to do in an AP class.

How did you prepare to use the North Korea Nuclear Threat case in the classroom?

How did you fit Model Diplomacy into your syllabus?

I had to change the syllabus slightly. I think every AP teacher leaves some days for reading and preparing for a fishbowl, or doing an online discussion or debate. I have a little bit of room to give where I can insert a simulation instead.

I put the students on a really tight timeframe. For the North Korean Nuclear Threat case, they had a total of five days including a weekend when they could communicate with each other in a discussion board. We use Google Classroom and all of the students have Chromebooks.

For the simulation, I wanted it to be fun, but I told them when they sit down with the president, played by our ROTC commander, they have to bring their “A game”. They do better when they are working under pressure. I said “I have to have your memos 24 hours before the simulation so I can give you feedback and you can fix them before you give it to the president.”

What were the students’ reactions to the simulation?

The students were over the moon and loved every minute. They were so nervous going into it because they know the ROTC commander is tough and was going to ask them hard questions. But he was super impressed when it was over. No one said “I don’t know.” No one said “I can’t answer that.” He didn’t always agree with their answers, but he was impressed that they had their memos and they each had plans.

When the simulation was over, the students asked, “What can we do in the next chapter?” Across the board, they really felt that they learned so much.

What were the learning outcomes for your students?

When students come to AP, they comment offhand about political happenings that are in the news. They just sort of spout what they hear and don’t always think about what they’re saying.

But now, they’re paying attention to the facts. They say, “I know what I’m hearing, I know what the politics of it are, but where are the facts?”

They’re more interested in getting to the bottom of the facts. I’m really impressed with how they are not just taking the news at face value anymore. They dig deeper and go out on fact-finding missions. They never thought about the chief of staff before this. They didn’t think about White House staff, period. It was just a question on the exam. Now they’re saying, “Wait a minute, who really is running the show and why is that?” I know that they are going to be sincere, informed voters. So this was definitely a good fit.

What advice would you give to an AP teacher interested in doing their first Model Diplomacy simulation?

Spend a little time with the case ahead of time. I would also say, if you have some experts in your building already, tap those people. In my case, I didn’t appoint anybody in my class to be the president because I wanted them to stick with making policy. I wanted the ROTC commander to be the president because he knows the military and how the Pentagon works. He was a great resource and I knew that he would ask them the hard questions. He took them to a higher level, and they knew that he was going to do that, so they were a little afraid to not come super prepared. Tap into somebody like that in your community to be your president.

Questions or comments? Please contact us at [email protected].